Behind the scenes look at the CeCe Caldwell Paint Factory, and why I love this paint so much!

Last Sunday I jumped on a plane, to visit the CeCe Caldwell Paint Factory in Prescott AZ!
I was on a mission to film a video, so I could share first hand how awesome this paint is, and why I love it. A few months back CeCe graciously offered to send me out and before I knew it several other retailers were taking road trips and planes out to Arizona so we could all meet up together!
I landed in Phoenix about the same time as the adorable Karen Berg of Redoux Interiors Karen was flying in from Northern California, I knew her through her fabulous blog. I was very excited to meet her in person, Karen is the queen of dumpster diving and transforming roadside castoffs into amazing projects! Do yourself a favor and check out Karen’s blog!
This is me in the airport waiting for Karen’s plane to land… 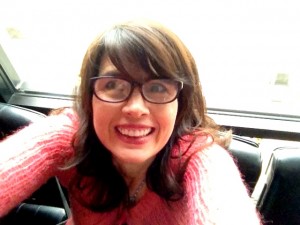 and here is a photo that I took of Karen on our trip. 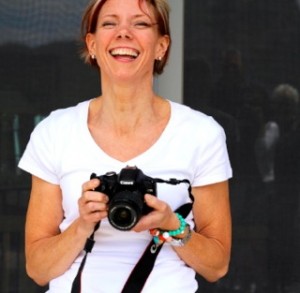 Shortly after arriving at the hotel, Cece and her husband Eric were there to pick us up for dinner and we were off to meet the rest of the group!

There was one person in particular that I was dying to meet… Iggy. 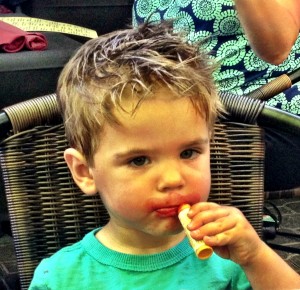 This cute Little man is Lauren’s son, CeCe’s and Eric’s grandson, you can see him here at dinner applying a little chapstick, it gets really dry in Arizona, lol!
Iggy is charming! Here he is dancing with another patron at the restaurant, and he’s an awesome dancer too. 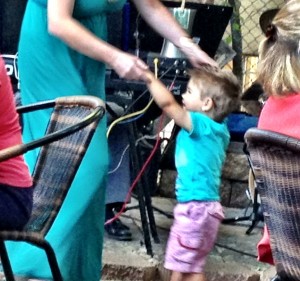 The next day happened to be Memorial Day which I thought was very appropriate for what we had planned. I traveled to Arizona because I wanted to share the remarkable personalities behind my favorite product and their story.
Eric, a.k.a. RT is the president of the company, he’s also a retired combat veteran who has bravely served our country as an attack helicopter pilot in the Army, and a sergeant in the National Guard, running combat patrols / route clearance in Iraq. In other words it was his job to clear the path of bombs and other hazards for the soldiers in very dangerous territory. 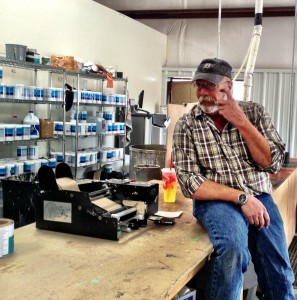 I’m not going to lie when I first met RT I was a little intimidated he has a very deep authoritative voice, it gets your attention and makes you want to stand up straight! But after about five minutes I realized he’s also got a great sense of humor and is very passionate and dedicated to his company. 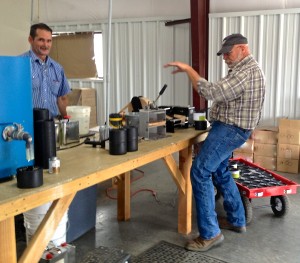 This is a photo of RT and Dave… Dave is watching RT dance, little does he know he too will be dancing soon in a choreographed number for the video!
RT employs another veteran on his team who is still serving, he is pictured second from the left is in this photo and he goes by the nickname Speedy. (I think it’s because he’s a super fast painter like I am) in fact most of the guys in this photo packed up their families and moved from South Carolina to Prescott Arizona when the plant quickly outgrew its original headquarters.

I think this says a lot about how the company is run, how these guys are treated and how much dedication each member of the crew has for the product don’t you?

When I walked in the door this was the first thing I saw, and I felt like a kid in a candy store… Painting is one of my favorite things to do, I love being surrounded by it, I love seeing it stocked up on my shelves and I love sharing it with my customers, most of all I love watching others get excited about it! Cece Caldwell paint sells so fast that it’s difficult to keep in stock, so when I saw this, I wanted to snatch it all up and take off with it! 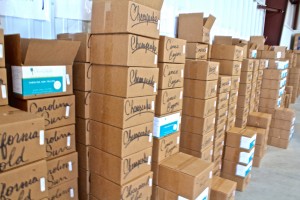 I think it’s fair to say that this company has been a godsend for me. I’ve been in business for 17 years and I operate on a very small budget, rescuing and rehabbing furniture is a matter of survival, however I spent the first 15 years in business dreading paint projects, I never thought my furniture looked good and it was so much work! Everything changed 2 years ago. My friend Anne gave me some Cece Caldwell paint to try and I was converted! Gone were all the toxic fumes hard prep work. As a person who has suffered from asthma and chronic fatigue using a paint with no VOCs or toxic chemicals, makes a big difference to my health. Best of all, suddenly I felt like an expert painter, my furniture looked beautiful, and it was EASY! I can paint four pieces of furniture in the time it used to take to paint just one. Soon I was selling furniture like crazy, this was really good news for my business, a much-needed boost in a very difficult economy.
I painted the front of my store with one quart of Santa Fe turquoise, the giant metal flowers and the trim are also painted with some of the other awesome colors, I have not applied a sealant or topcoat and it’s has been up for over a year. 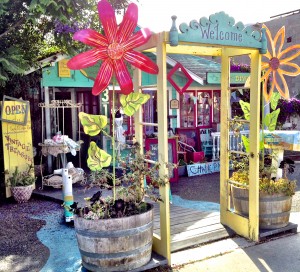 OK back to work, We had a lot to accomplish in just one day, and 20 amazing people showed up tp help me, including CeCe and Tilda~the wonder dog! 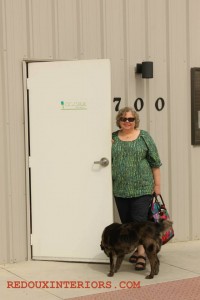 I had a BIG DIY project planned, Karen had a dance number choreographed, and there was a very important story to tell!
Here’s a behind-the-scenes look at our video production, 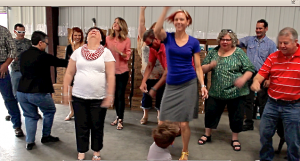 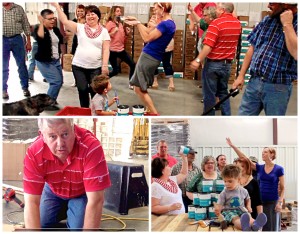 Donna Haile is in the white tee, she is one of our distributors and an expert baton twirler!
You can find out more about Donna and her husband Wesley ( in the red shirt) by visiting, Doozie’s Corner

I wanted to showcase the fact that CeCe Caldwell paint is made in the USA and each color is named after a different place in America. I had the guys break down a pallet and we recycled the slats to form a map of the United States. This project would not have been completed without the help of Tall Paul, Wesley, Speedy and the rest of the crew! 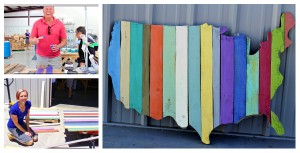 This is CeCe’s daughter Lauren, she manages the front office and makes sure that everybody is well stocked up on the ‘liquid gold’.

Here is another shot of the crew and Susan Goodman of Paris Flea Market Susan is a retailer in Northern California. Find out about her fabulous once a month Events Here. 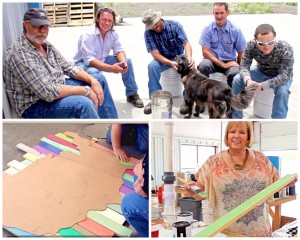 After a full day of work, the final scene is shot and it’s a wrap! 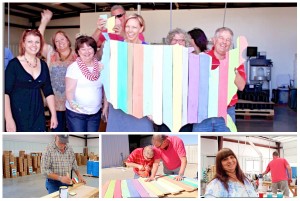 The best part of the day was the interview segment with CeCe and Eric they tell us in their own words what inspired them to start their company. CeCe spoke passionately about her desire to produce a product that will make the world healthier place for her grandson and for the next generation. I placed a photo of Iggy’s chubby little hand below as he was just as excited as the rest of us to get involved in the project… DISCLAIMER, there’s a lot of red tape involved to have a product certified for Children’s use, so I have been strongly advised to say that CeCe Caldwell paint is in NO WAY advertising their product as a child’s art supply, however if your kids happen to get their hands in it when you’re not looking just know that it doesn’t contain any toxic chemicals and cleans up with soap and water. This would also be a good place to mention that this is not a paid or sponsored posts. I do sell CeCe Caldwell products and teach classes at my store if you would like to find out more information about paint classes, click Here To purchase paint from me online click Here or to find a retailer in your area click Here 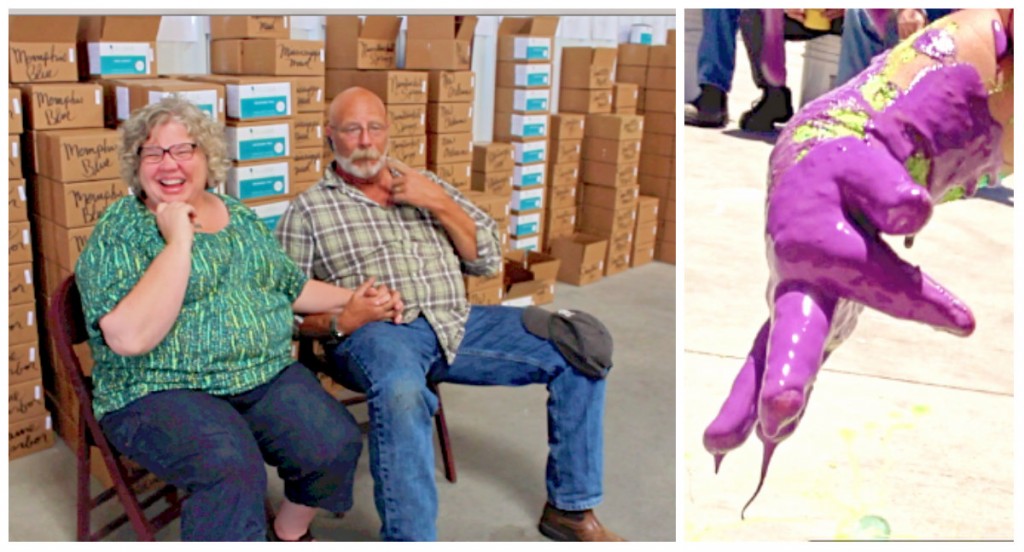 It’s time to say thank you to all of the people who helped me create this video and get back to editing, there were several who helped all day that were not mentioned, you will see all of them in the video! Stay tuned it’s going to be good! 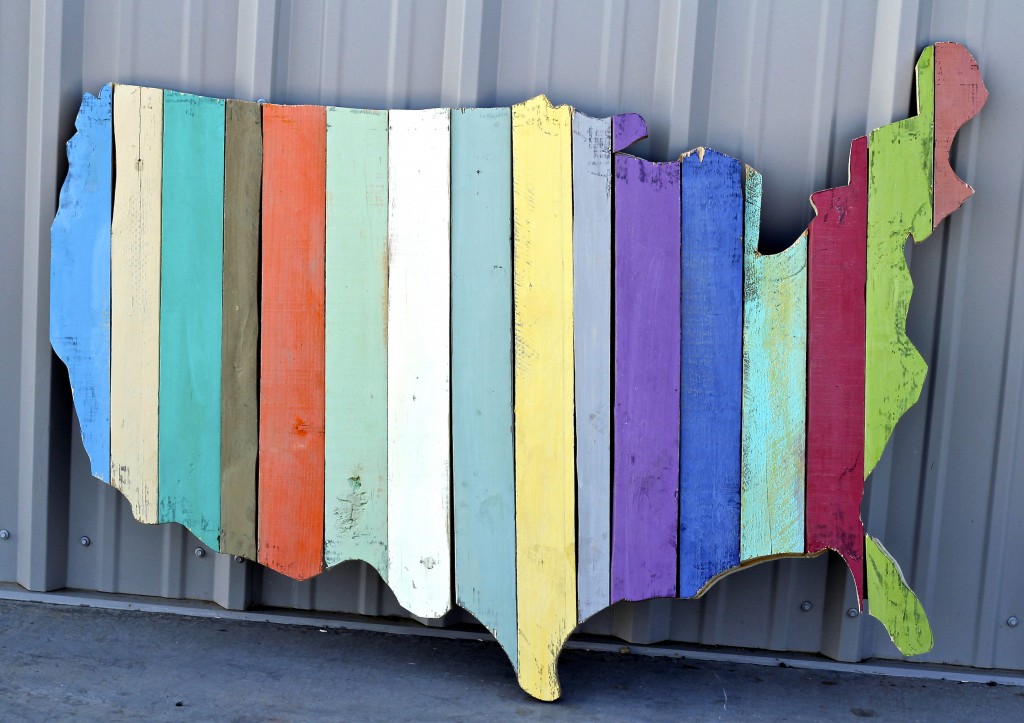